In 2013, CVC Capital Partners raised €10.9 billion (about $12.7 billion at today’s conversion rate) for its sixth flagship vehicle. Now, five years later, the firm is in the process of arranging a pair of significant sales from the mega-fund.

PDC Brands, a provider of beauty and personal care products that CVC bought for $1.43 billion last year, is working with advisors on a public offering in the US for some time next year, according to Bloomberg.

The company behind the Dr. Teal’s, Cantu and Bod brands had been owned by Yellow Wood Partners until CVC used cash from its sixth fund to conduct a takeover. CVC reportedly took out a loan against PDC in December in order to pay itself a dividend.

Separately, CVC and company founder Joop van den Ende have agreed to sell Stage Entertainment, an owner and operator of theaters in the US and Europe, to Advance Publications, a longtime media investor.

CVC used cash from its sixth flagship fund to acquire a 60% stake in the business in 2015, a deal reportedly valued around €400 million. The firm had reportedly considered an IPO for Stage Entertainment earlier this year before striking a sale pact.

Medallia has hired Leslie Stretch as its new chief executive in the run-up to a public offering that could come early next year, per Forbes. The company, which offers a SaaS app that captures customer feedback for companies, has been led by co-founder Borge Hald since its launch 17 years ago. Hald will move into an executive chairman and chief strategy officer role. Stretch, meanwhile, was most recently CEO of Callidus Software, a CRM software provider that was acquired by SAP for $2.4 billion earlier this year.

Medallia, founded in 2001, is ripe for an exit. Over the years, Sequoia has been a major backer of the San Mateo, CA-based company. Here’s a quick look at its funding and valuation history:

Learn more about Medallia in its free profile.

Predicting the future is a difficult thing, as private equity investors know all too well. But if the recent past is any indication, Genstar Capital could be on the verge of assuming a starring role on the industry’s stage.

First, there’s the fundraising. Genstar closed its latest flagship buyout fund on $3.95 billion last year, which represented a nearly 100% increase from its previous effort, a $2.1 billion pool from 2015. That vehicle was in turn more than 100% larger than its predecessor. If Genstar keeps doubling the size of its funds—which is admittedly a tall proposition—it won’t be long before those vehicles are among the largest in private equity.

And then there are the deals. Genstar completed 24 investments during 1Q, according to PitchBook data, more than any other PE firm in the US. That continues a recent flurry of activity: Genstar has executed nearly 150 transactions since the start of 2016, more than in the previous nine years combined:

What kinds of deals are driving this rapid rise? Who are the firm’s key decision-makers? And where did Genstar come from?

After an especially tumultuous couple of weeks for Tesla, Elon Musk’s potential buyout partner is apparently looking to obtain a majority stake in another electric car company.

The Public Investment Fund of Saudi Arabia is considering an investment in Lucid Motors, a Newark, CA-based electric car maker, that could total more than $1 billion and give the fund ownership of the company, according to Reuters.

Under the terms of the agreement, the Saudi Arabian sovereign wealth fund, which manages some $250 billion, would reportedly provide an initial investment of $500 million, then make two subsequent investments if Lucid hits certain production targets.

Founded in 2007 by former Oracle executive Sam Weng and former Tesla vice president Bernard Tse, Lucid is backed by VCs including Venrock and Tsing Capital. Unlike Tesla, the company has yet to release any cars on the open markets. But last year, Lucid unveiled a prototype sedan, Lucid Air, which has 400 horsepower and a starting price of $60,000. The car is expected to ship sometime in 2019.

The potential Saudi Arabia PIF-Lucid partnership could be problematic for Musk, who already appears stressed. Last week, the billionaire entrepreneur gave an interview with The New York Times in which he alternated between laughing and crying while detailing the pressures of running Tesla.

The latest controversy came when Musk himself tweeted earlier this month that he planned to take the business private for $420 per share, or about $72 billion, noting that funding was secured.

Musk later clarified in a blog post that the Saudi Arabia wealth fund, which owns a 5% stake in Tesla, was the potential backer, though no formal agreement had been made. The company is now reportedly facing a subpoena from the SEC and lawsuits from investors that allege Musk’s tweet aimed to inflate the company’s stock price. Tesla stock initially dipped Monday before closing the afternoon up just about 1% at $308.44 per share.

BP has agreed to buy US shale oil and gasfields from the Anglo-Australian miner BHP for $10.5bn (£8bn), in the UK firm’s biggest acquisition in nearly two decades.

Bob Dudley, BP’s chief executive, lauded the deal as transformational and industry watchers said the move significantly beefed up the company’s US shale presence, which was small compared to peers.

The acquisition will boost BP’s US oil and gas production by nearly a fifth and marks a new period of growth for the company, which is emerging after years under the $65bn burden of the Deepwater Horizon disaster.

In total, 470,000 acres of assets are covered in the deal, including fields in the Permian in west Texas, the Eagle Ford in south Texas and Haynesville in east Texas and Louisiana.

Analysts said Eagle Ford was the most valuable of the three because of its scale and economics, while the Permian offered the greatest long-term promise.

The government expects to review 50 foreign takeovers a year over national security. In the last two years it has reviewed just one takeover a year.

Previously the government could only review deals where the target company had annual revenues of over £70m.

The proposed new legislation would abolish that threshold – entirely and permanently.

It marks a new era in government oversight of corporate activity deemed likely to the threaten national interests.

The government expects that the new thresholds will result in 200 notifications of potential national security concerns being raised when either whole companies or sensitive assets are being acquired.

Of that 200, ministers and civil servants expect half – or 100 – will need more careful analysis, and of that 100, it expects to “call in” fifty for detailed scrutiny.

That would be a fifty-fold increase on current levels.

Beleaguered British department store House of Fraser is cancelling all online orders and will be refunding thousands of customers potentially millions of pounds after a dispute with its warehouse operator held up deliveries.

The decision comes “after the chain’s website was taken offline amid complaints from customers about delayed deliveries since the company was bought by Sports Direct for £90m last week”, says Sky News.

XPO logistics, which operates a House of Fraser distribution centre in Wellingborough, “has told employees to stop accepting orders from the department store”, reports The Times.

House of Fraser has told over 1,000 suppliers it will not pay money owed before 10 August, when Sports Direct bought the chain out of administration.

But XPO has halted work as it tries to convince Sports Direct to honour existing contract terms.

“We have taken the decision to cancel and refund all orders that have not already been sent to customers,” the department store said on Facebook.

“We didn’t take this decision lightly, but since we cannot give our customers clear assurances of when their orders will be delivered, we believe cancellation is the best option.”

A source close to Sports Direct told The Guardian it had been forced to cancel orders as XPO was being “totally unreasonable in terms of their demands” and was “refusing to engage in any process” which would “move the situation forward”.

“XPO is trying to hold us to ransom,” the source said.

Sports Direct “has no legal obligation to pay suppliers money owed before its buyout as their debts were part of the administration”, adds the paper, but new owners “often agree to settle at least some of the debts in the interest of good relations”.

The announcement that online orders have been cancelled “has caused anger among customers”, says the BBC.

Due to delays with delivering online orders, we have taken the decision to cancel and refund all orders that have not already been sent to customers. All customers affected will receive an email in the next couple of days. Please accept our apologies for any inconvenience caused.

Traditional workplace hours of 9am to 5pm are now only the norm for a minority of workers, research suggests.

Just 6% of people in the UK now work such hours, a YouGov survey found.

Almost half of people worked flexibly with arrangements such as job sharing or compressed hours, allowing them to juggle other commitments, it found.

Anna Whitehouse, a campaigner whose own flexible working request was refused by her employer, said there were still misconceptions about such arrangements.

In her case, her employer refused her request for 15 minutes flexibility at the start and end of each day to enable her to drop off and pick up her children from nursery.

“They denied it because they said it would open the floodgates for other people to request the same thing.”

Mrs Whitehouse, an author and blogger known as Mrs Pukka, said the refusal prompted her to resign and blog about the experience.

“My background is as a journalist so I just started writing. I’m not a campaigner or an activist, but I had a moment of frustration and went with it.”

Since then she has started the Flex Appeal, aimed at convincing firms to trial flexible working and also to make people aware of their right to request flexible working.

“It’s not about parents, it’s about people. There’s so much research out there showing working flexibly is better for mental health and for productivity,” she said.

Polling firm YouGov surveyed over 4,000 adults for the survey, which was commissioned by fast-food chain McDonald’s.

How to request flexible working

Every employee in the UK has the statutory right to request flexible working after 26 weeks of employment.

Requests and appeals must be considered and decided upon within three months of the receipt of the request.

Employers must have a sound business reason for rejecting any request.

Employees can only make one request in any 12-month period.

It found flexibility was important to people of all ages and life stages, including parents and students, for example.

Those who did work flexibly said it improved their motivation and encouraged them to stay in a job for longer.

But he said more firms needed to step up: “Uptake of flexible working is still low and most jobs are not advertised as being open to different working arrangements,” he said.

Motorbike brand Ducati could be merged with a rival or enter an alliance given a lack of synergy potential with the passenger car businesses at VW, Volkswagen (VOWG_p.DE) Chief Executive Herbert Diess told German daily Handelsblatt. 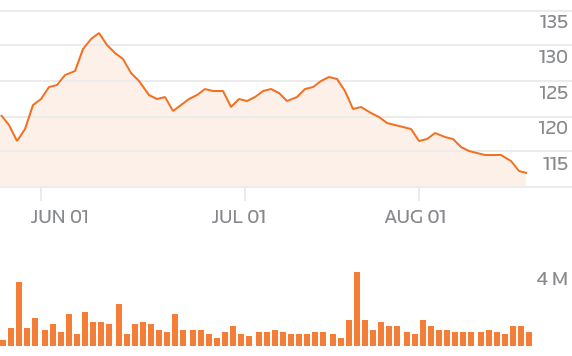 “I can imagine a combination or a partnership with other brands. Ducati as a motorbike icon business within the Volkswagen Group is not sufficient,” Diess, who took the helm as Volkswagen chief executive in April, told the paper.

Israel-based Sodastream makes a machine and refillable cylinders allowing users to make their own carbonated drinks.

The deal gives Pepsi a new way of reaching customers in their homes at a time when its signature sugary drinks are becoming less popular.

It is also the company’s first big acquisition since chief executive Indra Nooyi disclosed she would step down in October after 12 years at the helm.

PepsiCo will buy all outstanding shares of Sodastream for $144 each – almost 11% higher than its closing price in New York on Friday.

The takeover has already been approved by the boards of both firms.