Anglo-Dutch consumer goods company Unilever said its CEO Paul Polman was retiring less than two months after a damaging row with shareholders, and would be replaced by the head of its beauty unit Alan Jope from January 1.

Polman’s exit comes after the maker of Dove soap and Ben & Jerry’s ice cream was forced to scrap a plan to move the company headquarters to the Netherlands in October, following an investor revolt.

Jope, 54, is the boss of the beauty and personal care division which is Unilever’s largest, accounting for almost half of group annual profits. He is also a former leader of its China business and has long been seen as a successor to Polman.

“Our global footprint includes strong positions in many important markets for the future and our focus will remain on serving our consumers, and our other multiple stakeholders, to deliver long‐term growth and value creation,” Jope said.

Experian, a FTSE 100 company, wants to expand in Britain with the purchase of ClearScore, which provides free access to credit reports and scores, and introduces consumers to personal financial products.

Experian, the world’s biggest credit data firm, said it was disappointed by the Competition and Markets Authority’s (CMA) provisional findings.

The CMA said its Phase II investigation had found the 275 million pound ($352 million) deal announced in March would potentially harm the development of digital products.

“At this stage, the CMA’s view is that the only effective remedy is prohibition of the merger,” the watchdog said in a statement, adding that it currently believes that no other structural or behavioural remedy is likely to be effective.

Unilever (ULVR.L) has emerged as the leading bidder in a tight contest for GlaxoSmithKline’s (GSK.L) Indian Horlicks nutrition business, three people familiar with the situation told Reuters on Wednesday.

If it is able to clinch the deal, Unilever will trump fellow European consumer giant Nestle (NESN.S), the other main contender to buy Horlicks and other GSK consumer healthcare assets in India.

One source said Unilever had been given “preferential treatment” to complete the deal but did not have exclusivity in negotiations, so it was possible GSK might re-open talks with Nestle if it could not agree terms with Unilever.

The Financial Times reported on Tuesday that Unilever and GSK, which owns 72.5 percent of Indian business GlaxoSmithKline Consumer Healthcare (GLSM.NS), were in exclusive talks, citing people familiar with the sales process. 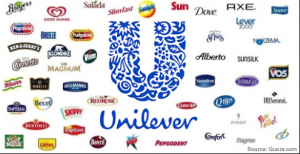 Energy firm SSE has admitted there is “some uncertainty” that its merger with rival Npower will go ahead.

The announcement comes after the companies delayed the tie-up due to the incoming energy bill price cap of £1,137 a year for “typical usage”.

It means suppliers will have to cut the price of their default tariffs to the level of the cap or below it.

The SSE-Npower merger, which has been cleared by the regulator, would create the UK’s second-biggest energy company.

However, Perth-based SSE has revealed it has been hit by widened losses for its household gas and electricity supplier.

It has also reported the loss of another 460,000 SSE customer accounts as competition takes its toll.

In its half-year results, SSE said: “There is now some uncertainty as to whether this transaction can be completed as originally contemplated.

“Nevertheless, the board believes that the best future for SSE energy services, including its customers and employees, will continue to lie outside the SSE group.”

The two firms had been hoping to seal the merger of their retail operations in the first quarter of 2019.

But they said talks over the new terms of the deal will take several weeks and will probably see the deal delayed beyond the first quarter.

They still insist, however, that work to complete the merger continues and they plan to update by mid-December.

SSE reported a 41% fall in underlying pre-tax profits to £246.4m, stripping out its energy services division.

On a bottom-line basis, SSE posted pre-tax losses of £265.3m for the six months to 30 September against profits of £409.3m a year earlier.

Its energy services arm, which is split out from the main numbers due to the Npower deal, saw operating losses widen to £62.1m from £7.1m a year ago.

Earlier this month, Nested, an online real estate agency which provides cash advances to help buyers purchase new homes before selling their old ones, hauled in £120 million in funding from investors including Northzone and Balderton Capital. This was the largest round the company has raised, and it’s also by far the biggest VC investment of the past five years in a European startup focused on real estate technology—or as it is increasingly being referred to, proptech.

Having watched startups disrupt old-fashioned industries like taxis and finance, venture capitalists have homed in on real estate as one of the next big opportunities. More and more companies are cropping up that use technology to buy and sell houses, not to mention tackling areas such as pricing, mortgages and building management.

This year, VC investors have participated in 52 deals worth a combined €335 million in European proptech startups, per the PitchBook Platform, with Nested’s aforementioned funding accounting for more than a third of the capital raised. This is more than 10x the amount raised in 2014, continuing a steady five-year rise.

Here’s a look at the 10 most active VC investors in the European proptech sector since the beginning of 2014, per PitchBook data, including their deal counts:

A merger between SSE and Npower’s retail operations has been cleared by the UK’s competition watchdog.

The Competition and Markets Authority (CMA) said it had given final clearance to the deal after concluding households would still have “plenty of choice” on standard variable tariffs (SVTs).

It found the two providers were “not close rivals” on the tariffs, which offer the most expensive deals.

The merger will create the UK’s second biggest energy supplier.

The CMA launched a full inquiry into the merger in May after its initial probe found the tie-up could reduce competition, potentially leading to higher prices for households.

It provisionally cleared the deal in August.

Anne Lambert, chairwoman of the inquiry group examining the deal, said: “With many energy companies out there, people switching away from expensive standard variable tariffs (SVT) will still have plenty of choice when they shop around after this merger.

“But we know that the energy market still isn’t working well for many people who don’t switch, so we looked carefully at how the merger would affect SVT prices.

“Following a thorough investigation and consultation, we are confident that SSE and Npower are not close rivals for these customers and so the deal will not change how they set SVT prices.”

The noodle chain Wagamama has been bought by the owner of the Garfunkel’s and Frankie and Benny’s restaurant chains for £357m in cash. 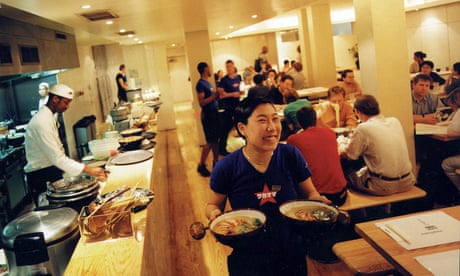 The deal marks a shift for Restaurant Group, most of whose restaurants and gastropubs focus on US, TexMex and traditional British cuisine, and is expected to generate cost synergies of about £22m.

Restaurant Group, which also owns the Chiquito chain, will launch a £315m rights issue to fund the deal, which it expects to be earnings enhancing in the first full year and accretive thereafter.

The company said the deal had an enterprise value of £559m, and included 138 directly operated Wagamama restaurants in the UK and the US as well as 58 franchised restaurants in Europe, the Middle East and New Zealand.

Wagamama began in 1992 in Bloomsbury, central London, by Alan Yau, who subsequently created the Michelin-starred Chinese restaurants Hakkasan and Yauatcha. It has expanded steadily to a national presence since, becoming a familiar feature on British high streets.

The deal will be funded through a combination of cash, debt and the rights issue.

The number of retail sector mergers and acquisitions has grown by 15 per cent in the last year as companies try to make up for struggling sales, a new study reveals.

Figures compiled by law firm RPC show there have been 37 retail mergers and acquisitions (M&A) deals in the year to 31 March, compared with 32 in 2016-17.

RPC said the recently announced Asda and Sainsbury’s merger was a good example of the recent trend for businesses in the food side of the retail sector to “add economies of scale to make up for slowing organic sales growth”.

Firms are also favouring M&A over flotations, due to weak demand from investors. Selling up to a competitor is seen as a more secure way for existing investors to exit a smaller retailer than an IPO which could be cancelled at any point “due to short-term volatility or poor sentiment towards the sector”.

“Through mergers such as Asda and Sainsbury’s, market leaders are looking beyond all the hype about the ‘meltdown of the high street’ and getting on with building breadth of offering and scale,” said RPC corporate partner Karen Hendy.

However, while the number of deals has jumped, the overall value of those transactions has fallen 16 per cent to £3.7bn, from £4.3bn the year before. Ms Hendy said: “It is important that sellers and creditors are sensible over the prices they are expecting from M&A deals in the current climate.”

Meanwhile, RPC said there is still interest in buying distressed retailers’ assets but buyers are looking for substantial discounts, and the number of retailers entering insolvency has risen by 7 per cent in the last year.