Advent International has launched its first tech-focused vehicle with a target of $1 billion, according to Buyouts, becoming the latest major private equity firm to indicate an increasing appetite for tech deals.

The news comes about seven weeks after Bryan Taylor joined Advent as a managing partner and leader of the firm’s tech investment team. Taylor’s hiring coincided with the opening of a new office in the Bay Area, part of what an Advent press release at the time described as the firm “deepening its commitment to the technology sector.” Most recently, Taylor was the co-head of the tech group at TPG Capital, where he helped lead a team of 20; Advent’s tech group currently has more than a dozen employees across North America and Europe.

Reports of the debut tech vehicle also come as Advent is in the midst of another major fundraising effort. Public LP documents from earlier this month showed the firm has begun gathering commitments for its ninth flagship buyout fund, which reports from last autumn indicated could target at least $13 billion. That would equal the sum Advent raised for its prior flagship fund, which hit a $13 billion hard cap in 2016.

Earlier this week, another private equity investor formed a new fund focused on the tech space, albeit a very specific slice of it: Caisse de dépôt et placement du Québec unveiled its CDPQ-AI Fund, a $250 million pool that will be put to use backing companies from Québec with “a proven track record in artificial intelligence.”

Across the entire private equity landscape, firms are raising more cash for tech investments. At the end of January, buyout giant The Carlyle Group closed its latest European tech fund—which will also be deployed in the US—on €1.35 billion (about $1.5 billion), a serious increase from a 2015 predecessor that brought in €656.5 million. Carlyle’s close came a mere two days after Thoma Bravo, a longtime specialist in the tech space, wrapped up a $12.6 billion mega-fund, one of the largest vehicles ever that will mainly target tech companies.

In each of the past four years, there has been an increase in the percentage of overall PE investments in the US and Europe taking place in the IT space. During 2019, though, the numbers are full-on booming. More than 22% of completed deals so far this year have been in IT, per the PitchBook Platform, a major jump from last year’s 18% rate and a whole different universe from the 13% clip logged as recently as 2015. For years, the B2C space ranked second only to B2B in drawing the most PE deals; now, it seems IT has clearly overtaken B2C as the No. 2 choice.

And while Advent may be among those contributing to that change, tech deals are far from the Boston-based firm’s only focus. In March alone, Advent has been linked to a dizzying array of potential billion-dollar deals. The firm agreed to buy German chemicals company Evonik for €3 billion, while a potential €1.8 billion buyout of Italian debt provider Cerved fell apart after news of ongoing negotiations leaked to the press. Advent has also been among a host of firms named as possible buyers in a handful of very expensive auctions, including ongoing sale processes for Bayer‘s animal health unit, the skin health unit of Nestlé, and Kantar, a data analysis business owned by WPP. 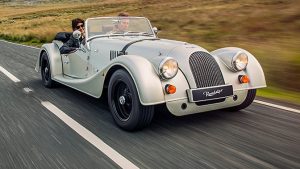 Morgan Motor Company, one of the last remaining British-owned carmakers, is to be bought by an Italian investment firm.

The 110-year-old classic sports car firm, based in Malvern, Worcestershire, said it had sold a majority holding to Italy’s Investindustrial, which owns stakes in a broad range of auto brands, including Aston Martin and the motorbike maker Ducati.

It did not disclose the value of the takeover, announced after the unveiling of its Plus Six model at the Geneva Motor Show on Tuesday but managers and the workforce will have a stake in the business.

The Morgan family will continue to represent the brand and retain a minority stake after the scheduled completion of the deal in April.

Founded in 1909, Morgan is one of the last car companies still under British ownership. It sells about 700 handmade sports cars , with buyers sometimes forced to join a waiting list that can last six months. It reported revenues of £33.8m in 2018 and an after-tax profit of £3.2m.

Jill Price, the longest-serving director and family member, said: “Having very carefully considered all options for the future success of Morgan, the family concluded that this new ownership structure and Investindustrial, have the pedigree and resources to secure the long-term future of Morgan.”

Andrea Bonomi, the chair of Investindustrial, said: “Morgan’s handmade British sports cars are true icons of the industry. We have followed the company and seen its progress for some time, and see significant potential for Morgan to develop internationally while retaining its hand-built heritage, which is at the heart of the Morgan Motor Company.

“We share with the Morgan family the belief that British engineering and brands are unique and have an important place in the world.”

Vodafone will receive a warning from EU regulators about possible anti-competitive effects from its $22 billion deal to buy Liberty Global’s German and eastern European assets, two people familiar with the matter said on Wednesday.

The warning, via a statement of objections setting out the European Commission’s concerns, is expected to be conveyed to the companies shortly, the sources said, ahead of a June 3 deadline for the EU executive’s regulatory approval. 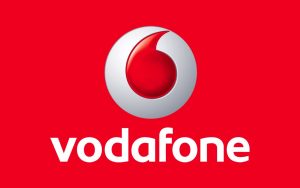 The world’s second-largest mobile operator and U.S. cable pioneer John Malone’s Liberty announced the deal in May last year in a move that would help Vodafone to compete with rival Deutsche Telekom in its home market.

The EU antitrust enforcer opened a full-scale investigation in December last year, saying that the deal could hurt competition in Germany and the Czech Republic.

Vodafone is expected to offer concessions to address EU concerns about the deal.

Ophir Energy Plc said on Wednesday it agreed to be bought by Indonesian oil and gas group Medco for a sweetened cash bid of 408.4 million pounds ($539 million) after previously agreeing to a lower offer.

Under the terms, Ophir shareholders will receive 57.5 pence per share in cash, the companies said in a joint statement. That is up from the previously agreed 55 pence per share.

The increased offer comes after the Financial Times reported that hedge fund Petrus Advisers, which owns 3.94 percent of Ophir, planned to vote against Medco’s bid because it undervalued the company.

Petrus in February had called for alternatives to Medco’s buyout offer and asked the company to put Petrus-backed directors in charge of overseeing the proposed changes.

Ophir, which explores and produces oil and gas in Asia and Africa, and Medco were not immediately available to comment on the Financial Times report.

Ophir also received an offer earlier this month from Coro Energy plc, according to which Ophir shareholders would receive 40 pence in cash, and in addition, shares in Coro for each Ophir Share, resulting in an ownership by Ophir shareholders of between 85 per cent. and 95 percent of the enlarged company.

Ophir said on Wednesday that Coro does not intend to proceed with its proposal after the deal between Ophir and Medco.

Medco said its offer of 57.5 pence per share is final and would not be increased. Ophir’s directors recommended that the shareholders vote in favor of the deal, it said.

A meeting in connection with the increased offer will be held on March 25, Ophir added.